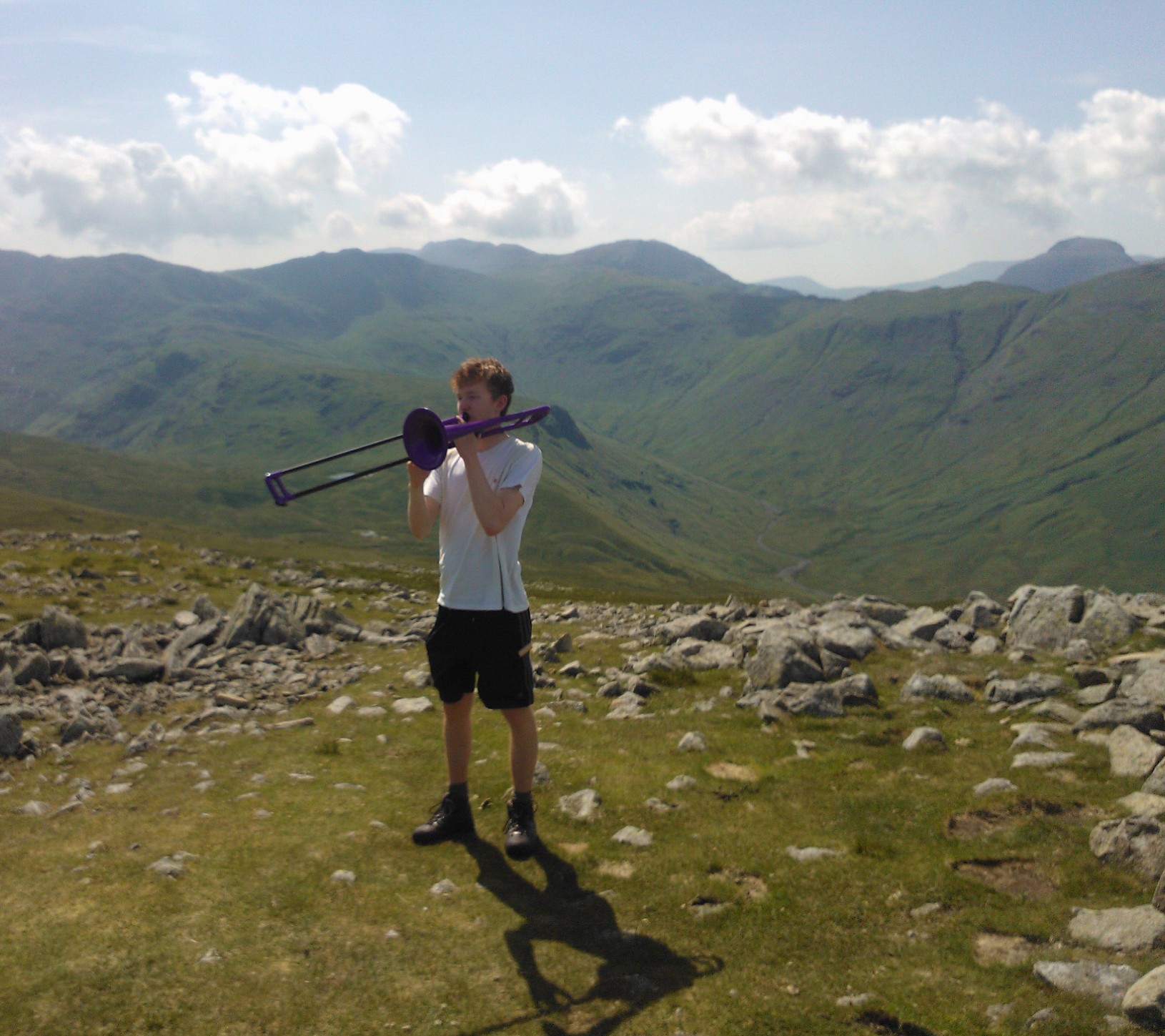 When we were approached by Peter Simmons to lend him a pBone for his Gold Duke of Edinburgh expedition we weren't sure what to expect. So we'll let him tell the story:

My name is Peter Simmons and I am a student at King Edward VI Grammar School. I perform in a variety of musical groups, including Birmingham Symphonic Winds.  At the beginning of the year I decided that I was going to continue my Duke of Edinburgh Award to Gold. This meant that my team had to come up with an aim for the final self-sufficient expedition, which is four days of trekking with three nights of camping.

I decided that I wished to have ago at extreme busking and perform a number of songs at a selection of mountain peaks in the Lake District. This made me encounter a new problem; how was I supposed to carry an instrument around along with the rest of my expedition equipment? That’s when I came up with the idea of taking along a pBone. A number of emails to pBone/Warwick music and they kindly agreed to lend me one for the project.

We set off early from Elterwater, just outside Ambleside, where we had been for the past few days for the acclimatization period. The first 8 km of our trek followed the Cumbria Way straight up onto the Fells by Langdale Pikes. This is where we decided to setup and have a practice of our programs for the next few days However, I quickly encountered a problem; how could I read the music without a stand? Luckily, I had a couple of pegs in my bag which allowed me to clip the music onto the pBone’s bell. When I started to play, I was straightaway impressed with the pBone, even in the scorching heat it performed admirably. It definitely was coping better than me!

We then continued on our journey to High Raise which was the first Busking point. This provided a stunning environment to perform in and where I received the comment “I never thought I would see a trombone up here!”

The second day sent us trudging through bogs and the area which I have heard described as the wettest place in the Lake District. We rapidly decided to move out of that area due to the lack of people and dropped off the fells through Keswick. This led us back onto the Cumbria Way around Derwent Water where we found an area on the water’s edge which was crying out to have music performed there. 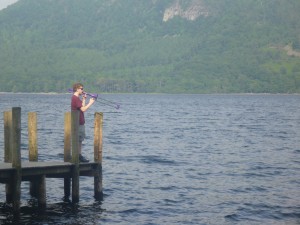 By Day 3 we knew our waterproofs would never leave our bags as the sun kept beating down upon us. However, our next busking point at the peak of Glaramara provided no cover. This did prove to be a popular hiking area, there were a large number of people who came and watched before thanking us for the entertainment after the hard climb. Although this did lead to the comment from one hiker “Why have you brought a trombone on a mountain?” But after a rendition of “Jerusalem” which some of the trail walkers joined in with, I think he was convinced.

After a Wild Camp near Great Moss in the shadow of Crinkle Crags we awoke early to try and avoid the mid-day sun on our final day. We followed yet another boggy path over to the Wrynose Pass and trekked along what seemed to be a never ending road to our final busking point, looking over onto the winding road. We wrapped up the final set with a cheesy ending performing “The Sound of Music.”

By the end of the expedition I was thoroughly impressed with the pBone with its comfortable higher register and durability. It coped with the exhausting heat and being accidently sat upon a couple of times and very importantly being light enough to carry on top of a 17 kilogram bag! 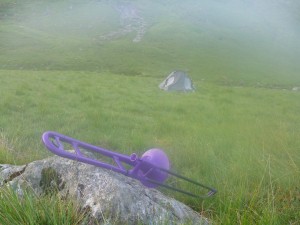