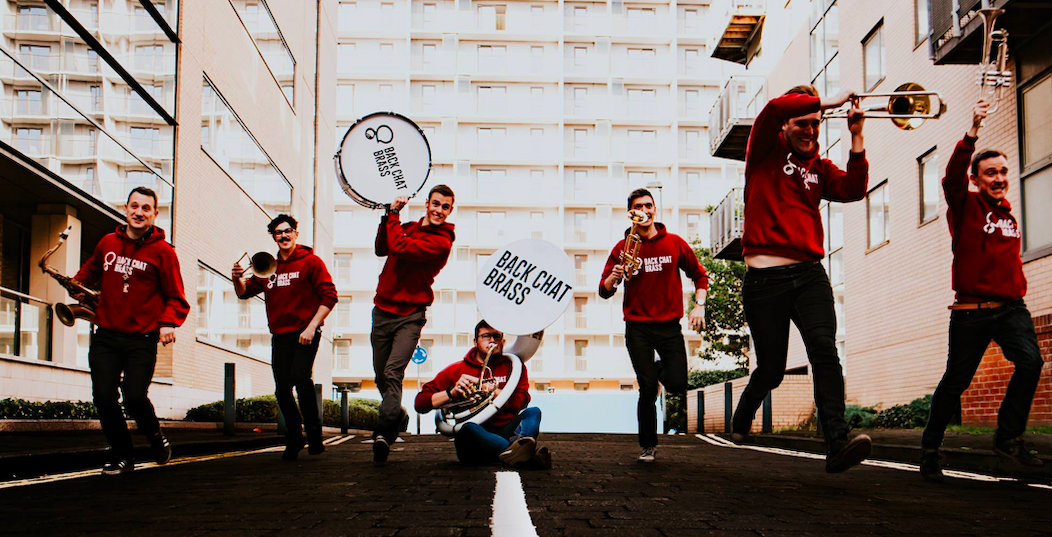 Back Chat Brass introduce children to music making with pInstruments

As a band we are lucky enough to work across a vast spectrum of the music industry, from festival stages to corporate events and private functions. Some of our favourite and most rewarding work is with children.

Between June and August we have been going into a number of schools and community centres and giving children an introduction to brass instruments. While at school I remember the day a live band came in to play for us. It was one of the most exciting things I’d ever seen. Fast-forward a number of years, as a professional musician it can be easy to forget that feeling of seeing what may be your first “gig” and to have the musicians come right to you. Seeing a group of children’s faces light up when they see a band arrive is incredibly rewarding.

The children that we worked with are from more deprived areas in the country and so they are unlikely to have had the opportunity to play music before. In week 1, they got their first chance to try a brass instrument. They learnt how to breathe correctly, stand with good posture and make their first buzz on a mouthpiece. In a short time they were playing their first notes on a brass instrument. This first session really showed that you can go from never having played before to getting your first notes in no time. 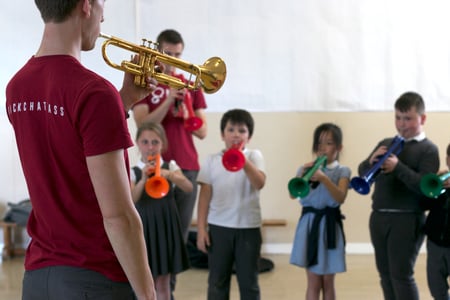 Through the weeks the children learnt to play a song along with the band. One of the most notable things was the improvement in focus from the group throughout this time. The children quickly began to see results from their work and became very keen to improve their performance.

The first opportunity to perform was at the Darlington Community Carnival. They joined the band as we paraded through the streets of Darlington playing songs. They played their very first gig 2 weeks after playing their first note on the instrument!

As the children improved, we wanted to leave them with something that they could look back on from their time on the project. We started to bring in studio equipment and record the children playing along to one of our tracks. It was great to see them really concentrate on playing together as a group.

The next opportunity to perform was the Hartlepool Waterfront Festival. This time, a larger number of children attended. They got to wear special Back Chat Brass T-shirts, have their faces painted and parade with the band, playing the songs they had been learning in front of a large crowd of people.

In our last session with the children, we organised a final performance for their parents. We recorded the performance and even had a videographer come down to film it and put together a music video. It is great for the children to be able to be able to see the results of their hard work.

The final performance came at the beginning of August at the Stockton International Riverside Festival. SIRF is a fantastic festival that brings together a huge number of musicians and street performers. To be part of the parade and the festival really was a special moment for both the band and the children to finish off what has been an amazing project!