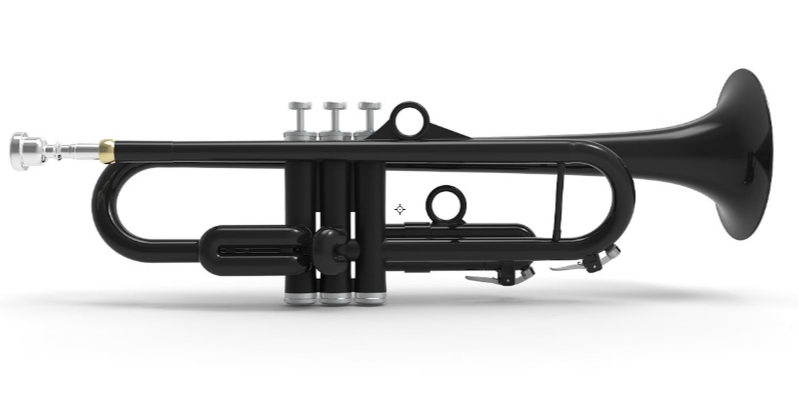 hyTech approved by beginners to post-grade 8

Edward Maxwell, a freelance London trumpet player is a composer, editor and arranger. He is also a teacher at Reigate Grammar School, Hurstpierpoint College and Cranleigh School, where he recently trialled our hyTech. He shares with us his pupils comments and his thoughts... 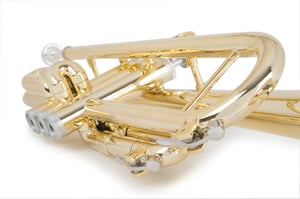 "The HyTech pTrumpet is a big improvement on the first generation pTrumpet: it is responsive, makes an even sound throughout the range and the metal-lined valves work smoothly. It’s light to hold, but robustly built, making it ideal for small children and (presumably) it’s fairly damage-resistant to being dropped (though I haven’t actually tested this). Having had two pupils who recently dropped their trumpets and seized up the valves as a result, this is an important consideration!

There is a finger ring on the third valve slide, but I couldn’t make mine move freely, though obviously beginners have more important things to worry about than fine-tuning their Ds and C#s. A frequent problem with pupils’ trumpets is the tuning slide getting jammed – sometimes through lack of basic maintenance; sometimes through spending a year or two slowly degenerating in a school instrument cupboard.

The plastic slides will not corrode, so the trumpet requires less maintenance and has less potential to incur hefty repair bills. It comes with a very nice padded single gig bag, which would also provide adequate protection for a metal trumpet and this alone makes it worth paying the extra for the ‘HyTech’ rather than the regular pTrumpet.

I tried it out on about twenty pupils, ranging from complete beginner level to post-grade 8, and the response was unanimously positive. They liked the shiny brass-effect and I assume that the finish is more durable than lacquer, though time will tell.

Some of the comments from my pupils:

Nobody said anything negative, though several pupils mentioned the fact that you can feel the instrument vibrating when you play and a couple said, ‘it feels weird’. I think that this in inevitable with a very light instrument, and you soon get used to this.

Overall, I would happily recommend the HyTech pTrumpet as a light but robust, low maintenance, easy-to-hold, free-blowing beginner trumpet."