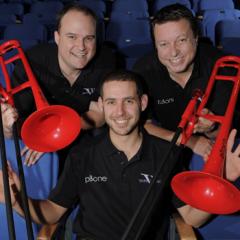 Warwick Music Group has successfully fought off a patent invalidation in China in a landmark ruling.

The company has manufactured in China since 2010 and has achieved worldwide sales of 150,000 of its ground-breaking plastic trombones, pBone. Its sales are well ahead of any model sold by any other trombone maker - and make it the most popular trombone model sold each year.

However, the company has faced challenges from rival businesses that have illegally hijacked its designs, one of whom filed a patent invalidation with the State Intellectual Property Office in Beijing. Now the Office has ruled in favour of the British business,

"This is a major victory for a British enterprise that is leading in music innovation and shows us that China is prepared to support overseas businesses by upholding the law. We have recently added to our Chinese team and our export plans will be enhanced by this decision ultimately leading us to invest more in China as a market in which to do business," said Steven Greenall, Chief Executive Officer of Warwick Music Group.

"As Britain seeks to secure and further trading relationships worldwide, such a stance by Chinese authorities is a particularly encouraging sign. We regard China as not only an excellent manufacturing base, but we are also seeking to expand our sales opportunities in the Far East market – and this ruling provides us with encouragement to do so.”

The ruling also follows the publication of a survey by the China British Business Council in which more than half the businesses surveyed said that the UK leaving the EU would create more business opportunities with China.

Amongst the key recommendations from those surveyed is the strengthening of intellectual property rights and reinforced protection for foreign investors in joint ventures.

Since the launch of pBone, Warwick Music Group has also developed a smaller version of pBone particularly suited to young children. In 2014, it also launched the world's first all-plastic trumpet (manufactured in China) and most recently, pBuzz - a totally new instrument manufactured in plastic designed to introduce young children to brass music. That product is manufactured in the UK.

The company has received several major music and industry awards and last year received the prestigious Horners Award for plastic innovation and design. Previous winners have included GKN Aerospace amongst others.