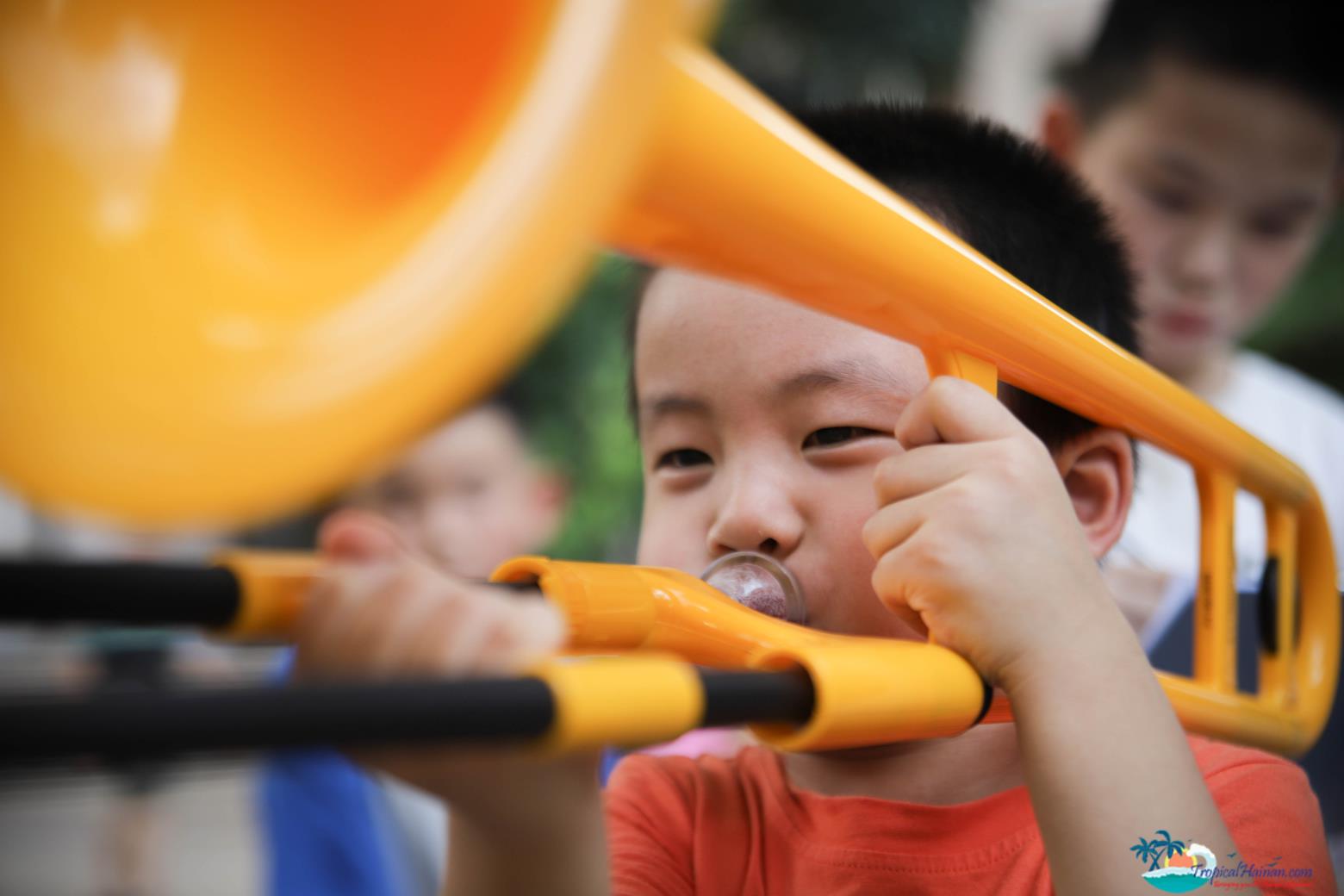 "One year ago, myself and my friend turned business partner, Matt Busch, started a program for autistic youth in China entitled Music Garden.

It didn't necessarily have a grander purpose other than giving each of these students a space in which they could be them, after-all we had both worked with autistic youth while running our own band programs in Southern California, and heck, lets face it, we were a bit bored with our 6-year-old Mandarin skills limiting our engagement in the city. It was an easy way to give back to the community in which we lived. 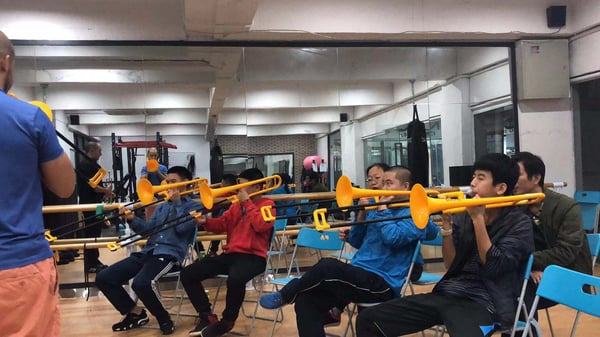 In the year since, we’ve been able to run multiple iterations of the project with the partnership of pBone providing their trombones and trumpets to us, structured our classes based upon their 10-week program on the pBone website, influenced dozens of families in Haikou City in Hainan Province, and are looking to expand to multiple locations this next school year, working with both autistic and developmentally-normal students.

The struggle is certainly real. Just like the beginnings of the programs we were influenced by, El Sistema and the Los Angeles Philharmonic’s YOLA program, the situation in the city wasn’t one of high-quality instruction or any sort of cohesive community. It was one in which music instruction, if available, was few and far between, lacked the focus on ensemble and community, and needed an emphasis on consensus building. High-powered, gung-ho, and otherwise abrasive techniques, while working for the virtuoso conductors, do not work here at the community level. Sharing food, smiles, and good times do! 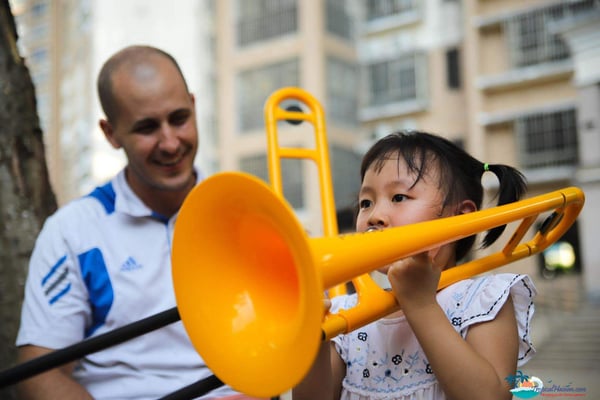 Our community is expanding thanks to the partners we’ve had the chance to work with both here in Haikou and overseas. pBone, The American Bakery, and each and every one of the families that gave two foreigners a chance to teach their students. Here’s to growth, to communal effort, to Music Garden and bringing the power of music to students who would not otherwise have access to it."