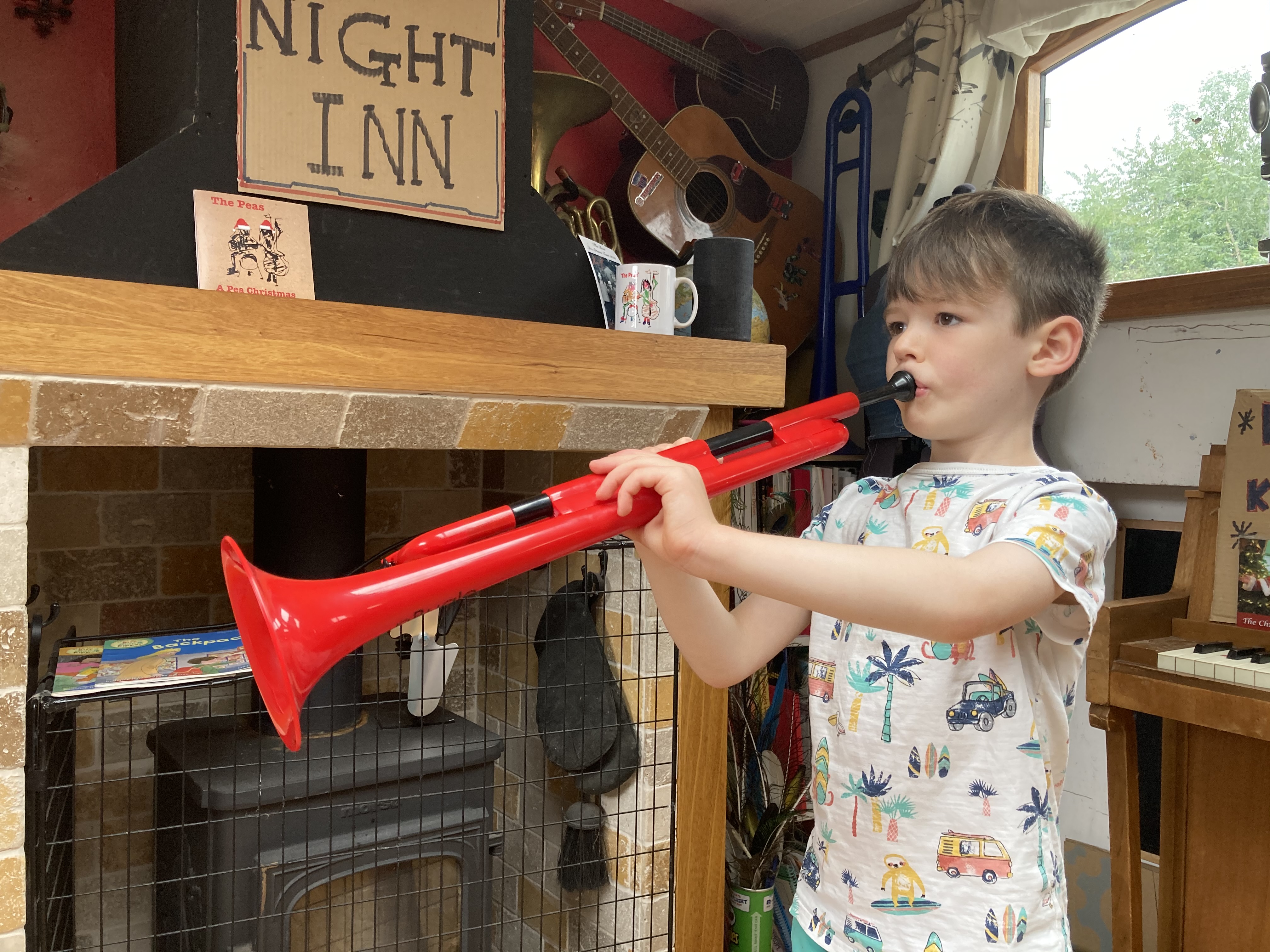 Today we had the chance to explore the new pBugle. We thought it would be fun to give it to our 5 and 7 year old without telling them what it was and see what they thought of it.

I have to point out that our house is full of instruments so the children have prior musical experience. They are also used to exploring new objects thoroughly and like to be given ample time to do so. We home educate so learning through investigation is part of our day to day. 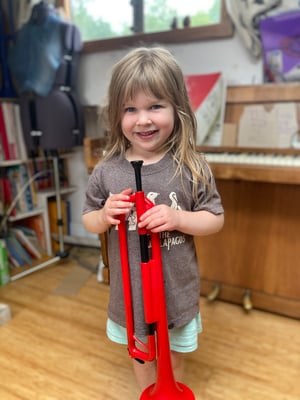 First up was Tilly who is 5. I asked her what she thought it was. As she turned it over in her hands she said it was a trumpet but on further investigation noticed that it didn’t have ‘buttons’. She started to describe it “it’s smooth and a bit hard, its easy to hold and I think you make a sound through this (pointed to the mouth piece), I like the red bits”. She read the side and said “pugal, that’s a funny name”. She played it a little and studied it some more before saying “it would be a good way to practise to be in a band”.

Next up was our 7 year old. He is very much the little engineer and within seconds had worked out how it all came apart. He was adamant that it was a trombone and spent time moving the tuning slide in and out whilst making a sound. I found this fascinating, both children seemed to want more from the instrument, Tilly wanted it to have buttons and Eric wanted it to have a slide, they were almost disappointed by its simplicity.

I was also intrigued, as a home educator we are very much about giving the children access to real world objects. They use real knives to cut the vegetables, albeit child size, but they do a proper job and the children learn the correct techniques from the start instead of having to relearn further down the line. We have always seen a huge benefit in avoiding replica or pretend, I wondered how the pBugle fitted with this idea, clearly it is a real instrument but at the same time is a stepping stone to the trumpet. Is it really necessary? I can’t answer for sure.

That being said the children enjoyed exploring it. They enjoyed hearing what sounds it could make, they found it comfortable to hold and they dropped it on the floor, turned it upside down, stood on it and I wasn’t at all worried as it is very durable. They both found it comfortable to hold and play, they liked the colour but they also expected it to do more and were a bit disappointed by its simplicity.