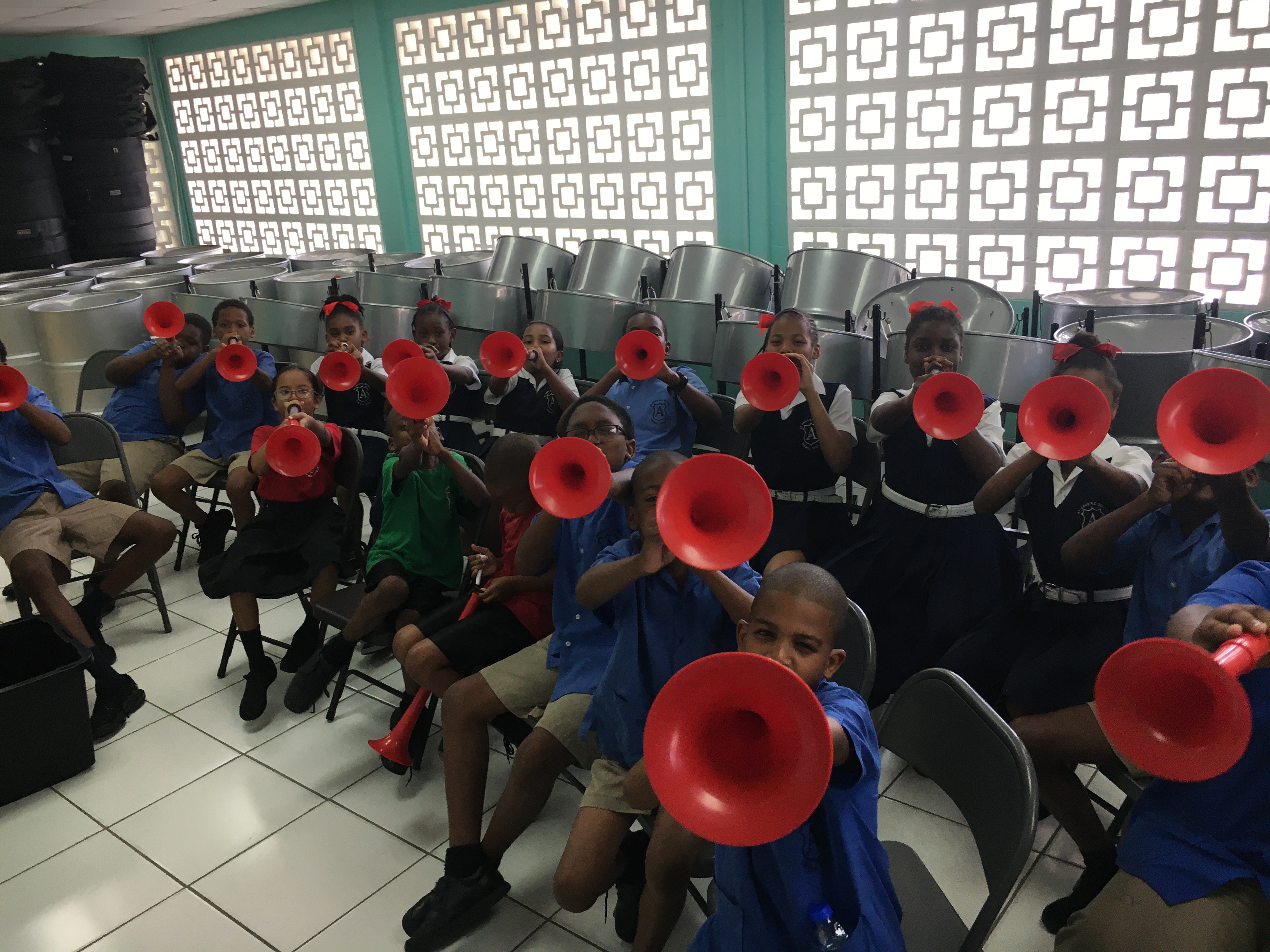 Aidan Chamberlain is an Assistant Professor of Music at the Academy for the Performing Arts, part of the University of Trinidad and Tobago. He teaches brass at the academy, performs with the facuty ensemble and is involved with a number of school music programmes.

Aidan recently started a new programme for pBuzz in primary schools, and shares with us his story so far...

“Hi Aidan!”  “Hi Aidan!” call out various kids as I enter the school gates.  “Will pBuzz students please proceed to the music room” comes the announcement over the loudspeaker as I pass through the playground.  There is a lot of excitement surrounding the new pBuzz programme in St Ann’s Roman Catholic School in Trinidad, the southern most island of the Caribbean. 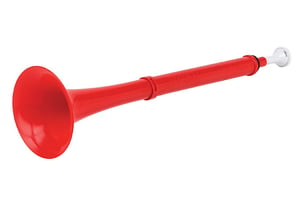 Having lived in the area for six years and sometimes giving a lift home to children who live on my street, a number of them know me on first name terms.  When I heard about pBuzz I knew it would be a great choice for these kids.

Their main musical exposure is calypso and soca music (fast dance music that grew out of calypso) and so getting their attention needed something that was immediate, fun and had the potential for making music as a group in a short space of time.

I have been working at the University of Trinidad and Tobago for over ten years.  I came here as part of a group of British and American musicians who were recruited to start up a music degree programme in the newly built National Academy for the Performing Arts. Initially, in the brass department, we had a good intake of students coming from the military bands getting time off to improve their performing and theory skills but there weren’t many brass students coming directly from schools as many school children don’t have access to brass teachers or brass instruments.

Fortunately the University bought a number of student instruments for a schools programme, coordinated by British horn player Adam Walters, and that saw us going into a number of secondary schools.  The issue I’ve found there is that many kids only really get interested in the programme around their 3rd or 4th year of secondary school when it is really quite late to get started.

So, I had been mulling over the idea of starting a primary school feeder programme, but you have to consider potential damage to instruments from excitable kids as well as their physical development - are they big enough, strong enough? How do we deal with instrument repairs?

I had been aware of the pBone and pTrumpet for a quite a while but when I saw the pBuzz I knew this would work well here.  Then I found the supporting materials and in particular Kay Charlton’s 'Are you Ready? 13 Tunes for pBuzz.'  This book has an excellent progression from simple one-note tunes through to more complicated rhythms. It also has backing tracks in a variety of styles that fits well with Trinidad’s music scene which has a number of ethnic influences all coming together at Carnival time for a big, joyous party.

I contacted a large Trinidadian company, Massey, who have a foundation that supports community development and put forward a proposal to buy 60 pBuzz as part of a pilot project.  They quickly approved it and provided funding for all instruments and import fees.  I also spoke to a local businessman, Robert Tang Yuk, who was able to put me in touch with Essex Shipping and they offered their services for free.  So suddenly everything fell into place and in six weeks a large crate of instruments arrived at the port.

I was in touch with a couple of school principals who I knew were keen to start music programmes but had limited resources.  One of my senior brass students was already working in one of those schools as part of his teacher training so he and the school were happy to incorporate pBuzz into the school day there.  I went to St Anns R.C. school on a parents evening and performed a tune on the pBuzz for the parents and started the programme the next week!

The programme was immediately over subscribed!  I’ve realised that more than 20 excitable kids becomes quite a challenge to control and I’m only able to got once a week so there’s a waiting list.  For those in the programme we have covered the basics of breathing and buzzing but are already on the third tune in Kay Charlton’s book. To keep up the momentum I’ve organised a visit from my university windband and we’ll play a piece to feature the pBuzz kids. 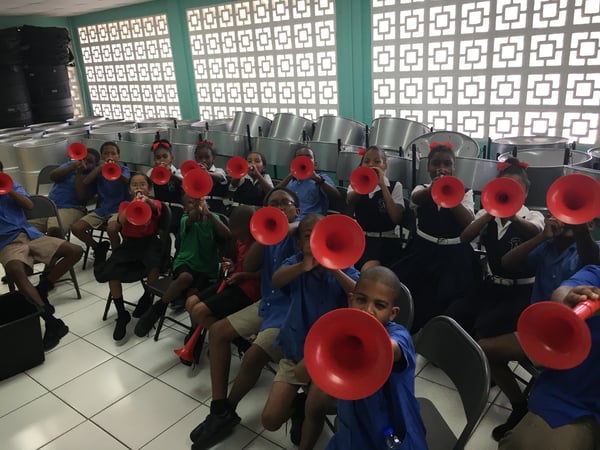 So two programmes are up and running now and I have requests for two more.  I hope that in a couple of years we will see some of these students in our secondary school programmes and who knows, maybe in eight to ten years time, we’ll see some great young players coming to our university programme.  But either way, I know the pBuzz is having a big impact on these kids by introducing them to performing on a brass instrument and being part of a dynamic ensemble.

For more information on pBuzz, and our other pInstruments, please see our Music Education page.