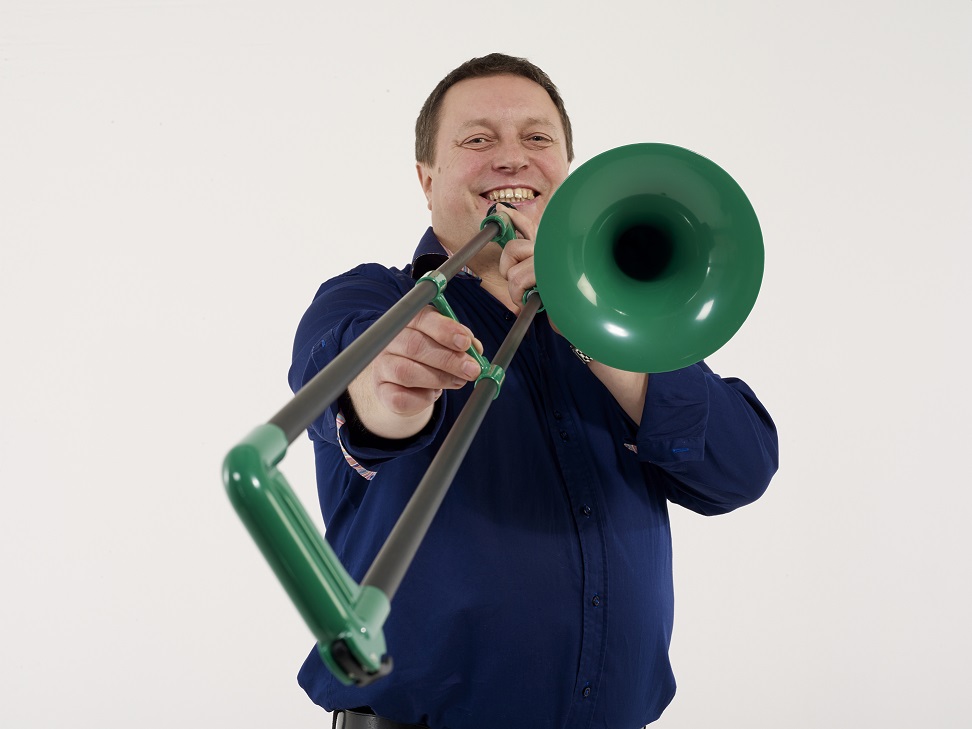 No matter the colour you choose, it will be green

Brass instruments manufactured in plastic have been independently certified as carbon neutral.

The UK's leading sustainability assessor and independent validator, Carbon Footprint, has rated Warwick Music Group and its instruments - that include pBone, pTrumpet, pCornet and pBuzz - as having net zero carbon dioxide emissions. The company - winner of the Queen’s Award for Enterprise for its innovation of its first instrument in plastic, pBone - is now the world’s largest producer of brass instruments manufactured in ABS plastic. 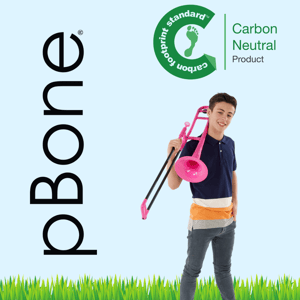 It is a significant boost for the UK Export Champion that has faced the stigma and ‘bad press’ widely associated with plastic – but which has received numerous plaudits for its instruments and its part in boosting the number of brass players worldwide.

“Our goal has always been to make the joy of music accessible and fun. We chose to produce in plastic because it offers so many advantages over conventional methods. Not all plastic is bad plastic – we chose ABS because it is widely and easily recycled, is lightweight, has high tensile strength and scratch resistance. It is also available in a multitude of bright colours – but no matter the colour of the instrument, players and teachers can now be assured that our instruments are also the ‘green’ choice,” said Chris Fower, Director of Creativity and Innovation at Warwick Music Group.

Paul McManus, Chief Executive of the Music Industries Association, the trade body for the UK musical instrument industry, praised the company for its achievement.

“Warwick Music Group has rapidly become a world-leading music company through their innovative musical instruments. Their positive impact on young people making music and school music is especially significant. To have become the first UK musical instrument company with certified carbon-neutral instruments is yet another major milestone in their impressive record of achievements,” he said.

Philip Law, Director General of the British Plastics Federation, which represents the UK plastics industry and is working on a range of sustainability initiatives, congratulated the company on its achievement.

“Warwick Music Group is pioneering innovation and with this verification has demonstrated the superior sustainability credentials of plastic and the very important role it plays in our daily lives. This is a great example of how economically recyclable plastics can be an environmentally friendly alternative to traditional materials,” he said.

Since first going on sale in late 2010, more than half-a-million of Warwick Music Group’s instruments have been sold with pBone becoming the largest-selling trombone worldwide. Specialist UK music retailers report that 80% of trombones sold are now manufactured in recyclable ABS plastic – all from Warwick Music Group.

Chris Fower added: “As a company that produces instruments for the next generation of musicians – and as parents ourselves – we’re very concerned about environmental impact.

Warwick Music Group successfully completed the rigorous and independent verification and certification required to confirm that all its instruments are carbon neutral. The assessment was conducted by Carbon Footprint of Hampshire using data from a life-cycle assessment produced by Stopford Energy and Environment in association with Keele University and is over the life cycle of the instrument. It shows that, for example, the average emission of Warwick Music Group’s pCornet, is 4.8 kgCO2e – equivalent to an average car travelling just ten-miles.

Said Chris: “We have invested in our manufacturing processes to ensure that environmental considerations are built into our instruments, improved our distribution chain and introduced low-impact packaging. Our instruments provide great advantages but are also the sustainable-choice comparing favourably with traditional instruments that use more energy in their production as well as materials such as zinc where reserves are expected to last for less than two decades and only 30% comes from recycling.”

Now the company is focused on reducing its CO2 emissions by changing the material for its instrument bags to a more sustainable fabric and using more efficient forms of transportation. It has also embarked on supporting carbon offset projects in the Sudan and Kenya.