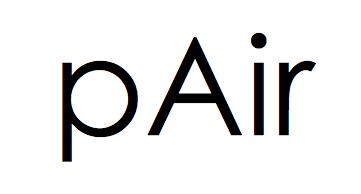 We are delighted to launch our latest innovative instrument: pAir, the world’s first all-plastic air guitar.

The lightest air guitar on the market, pAir is in the mould of Warwick Music Group’s other plastic music instruments in being lightweight, affordable, and virtually indestructible.

Aimed at anyone old enough to hold the guitar, pAir is set to revolutionise the air-guitar market. It is also believed to be the first all-plastic air guitar that can be totally silent.

The six-string acoustic pAir is available in a range of colours and has been under development for two years at Warwick Music Group’s UK innovation centre. Their successes to date include the world’s first plastic trombone, pBone (launched in 2010 and now the world’s best-selling trombone), pBone Mini (2013), the world’s first all-plastic pTrumpet ( 2014) and last year a completely new instrument, pBuzz - the perfect introduction to brass playing for early learners.

Steven Greenall, Warwick Music Group CEO, said: ‘You won’t find a lighter air guitar anywhere on the market. The technology used in the development of the world’s first plastic trombone and our more recent instruments pTrumpet and pBuzz, has been integrated into our first entry into string instruments. pAir broadens our instrument range and is designed to again attract more people to the world of playing music.

“Whilst designed as a beginner instrument pAir would have been ideal for such music legends as Pete Townshend of The Who who famously destroyed his guitar whilst on stage in the mid-1960s. He’d have had a job doing so with pAir. As part of our trials we dropped samples from the top of The Shard in London and they survived intact. At least we think they did – they are so light we think they might have been blown away.”

Mr Greenall said pAir also acts as a tribute to Mario Maccaferri who is credited with creating the original plastic guitar in the 20th century although they were not a market success.

“But he went on to create the plastic ukulele and several other injection-moulded products. At the time of his death in 1993, he was developing plastic violins,” said Mr Greenall.