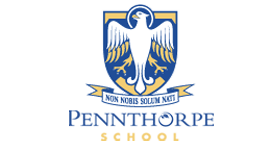 Nearly 50 years ago I was lucky enough to go to a Junior School where the Deputy Head decided to pass on his love of brass playing by starting a brass band. I joined the band and loved it – and that opportunity shaped my life. I started conducting and adjudicating, did a degree in Band Studies, was a brass teacher and now I am Director of Music in a school where I teach 2-13 year olds.

I wanted to pass on my passion for brass and playing in bands and I heard the County Music Services had a spare set of tenor horns so I hired them for a term and for the past 2 years have taught Year 3 to play them. The horns were great, but they were a cost each time, took up a large storage space, pupils couldn’t take them home and we only had them for a term. Also, the worry of damaging County property did not make for a relaxed learning environment!

When I saw the competition advertised in the Music Teacher magazine I thought it would be amazing if we could win the set of pBuzzes and effectively have our own starter brass instruments that we owned and pupils could take home and practice.  I was really pleased when my application was approved and Pennthorpe got the pBuzzes! 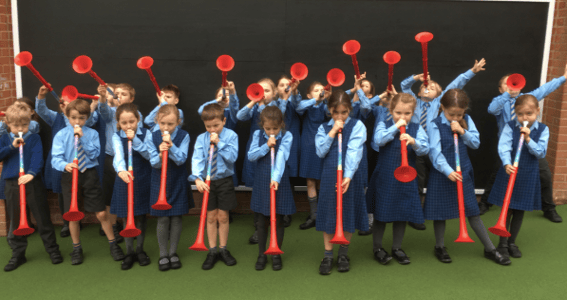 Once we got the instruments the pupils had a go on them and took to them immediately. The school bought ten more pBuzzes to add to the 20 instruments we were given so that all 30 pupils in the year group could play; I wanted to be totally inclusive and they all wanted to do it! Year 3 had a lesson every week on the pBuzzes and when we were learning to play ‘Create a Buzz’ I allowed them to take the instruments home to practice which they loved. 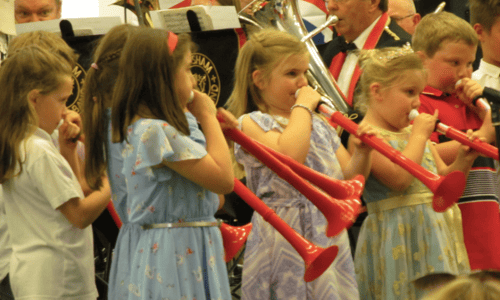 We learnt the tune by singing it and then I made up words to fit the tune which helped them to remember which bit came next! Some of the pupils even got their parents to have a go and they taught them how to play ‘I Feel Good’! In May at PennFest (our annual Music, Drama and Art Festival Day at school) those parents and the Year 3 staff performed it on stage to the delight of the children. On the same day the pupil pBuzzers had their first performance playing with our local brass band ‘Horsham Borough Band’. In June we also joined the band as a ‘pBuzz flash mob’ on our local bandstand one Saturday – which surprised a few of the shoppers that day! We had added some choreography by then which made it look even more interesting. 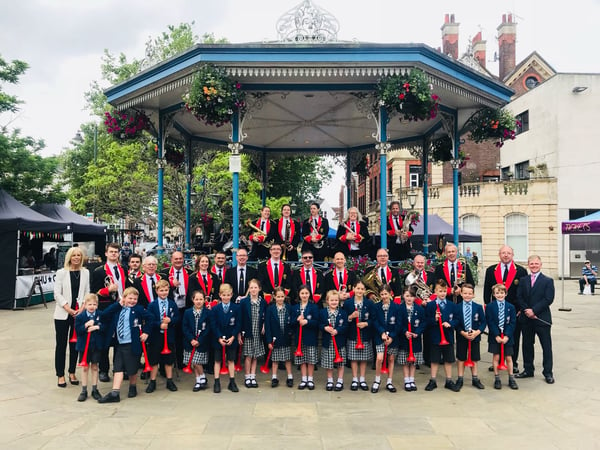 The best aspect was seeing how quickly the children got to grips with playing the pBuzz and the fact they could all be involved (even the ones that found producing the notes tricky, because it was still possible to be part of the ‘ensemble’). In addition one of the great things was that through doing this project I was able to take them (and their parents) to the NYBBC to show them what young people can achieve on brass instruments - what a lovely and impressive sound a brass band can make.  I don’t think any of them had actually heard a proper brass band, certainly not a good youth band – they were all amazed!

I have been trying to raise the profile of brass playing at school since I joined eight years ago and since winning the competition I think that has been achieved. Pupils, parents and staff are now aware of pBuzzes and other pInstruments and brass instruments in general and are more aware of the opportunity to learn to play them.  A link now has been established too between the school and Horsham Borough Band who will be playing at our Carol Service this year with some of our pupils. 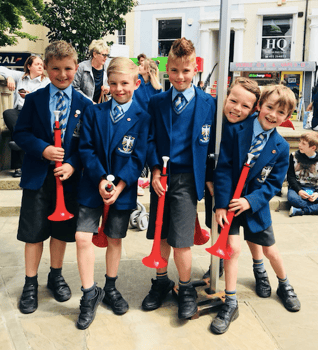 Making music is something that people do for pleasure and is often enjoyed most when playing with others together – it is as much a social interaction as it is a musical one.

Children love making music but will be put off it early on if it seems too much like hard work, so my advice is to start with something that is accessible and is fun – like the pBuzzes. It worked really well for my school that I was a brass player so this project played to my strength, however if teachers in other schools have experience in any musical field – singing, drumming, guitars, whatever it is, then I would suggest that they build a ‘fun project’ with that area of expertise.

Having confidence and being passionate about your own love of music makes a huge difference – and you will find it easier not only to teach children to make music but to ‘inspire’ them by example.

By Linda Cole, Director of Music at Pennthorpe School