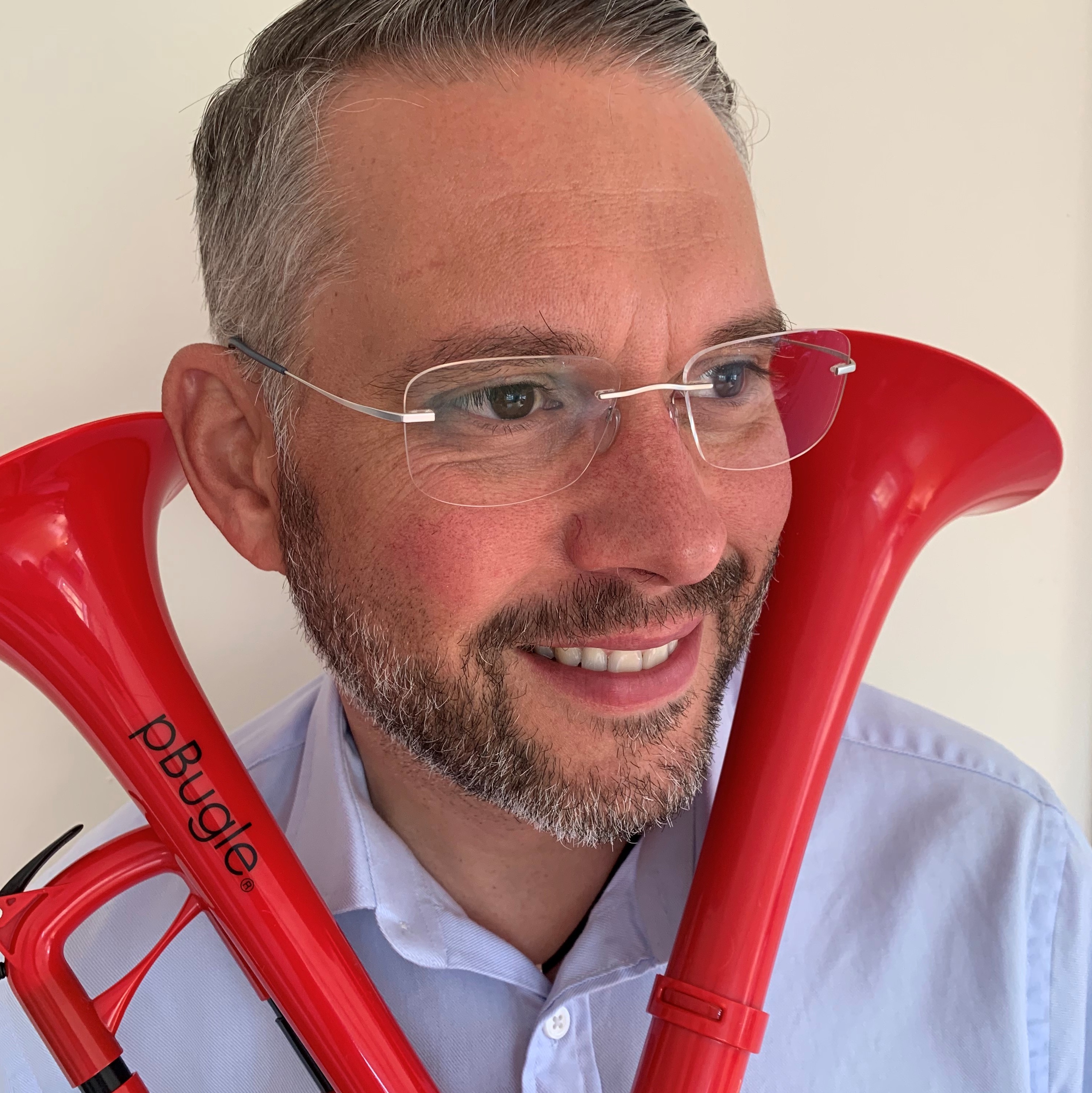 We're delighted to announce that Richard Harvey has joined the team as an Education Ambassador.

Richard, a former Royal Marines musician and music lecturer at the University of Salford is the founding owner of Blast Off Brass, a workshop-based initiative designed to introduce Key Stage 2 children to the wonderful world of brass playing using the innovative and award-winning pBuzz. Richard has been a friend of WMG’s for some years and has worked alongside the company on several projects, including British Trombone Society events and primary school workshops across the West, South and East of England.

When asked about his new role, Richard said “I have partnered with WMG on various projects over the last five years or so and have always been impressed by their innovative approach to music education.  I am a fan of the pBuzz, using it to great effect in my workshops and am looking forward to incorporating the new pBugle into these sessions.  I am incredibly excited to have been given this new role and I am keen to get involved in as many projects with WMG as I can.”

Richard joined the Royal Marines at the age of 16 as a trombonist, retiring almost 25 years later as a Director of Music.  During his time in the Royal Marines, Richard served all over the world, from royal duties onboard Her Majesty’s Yacht Britannia to an operational tour in Afghanistan. 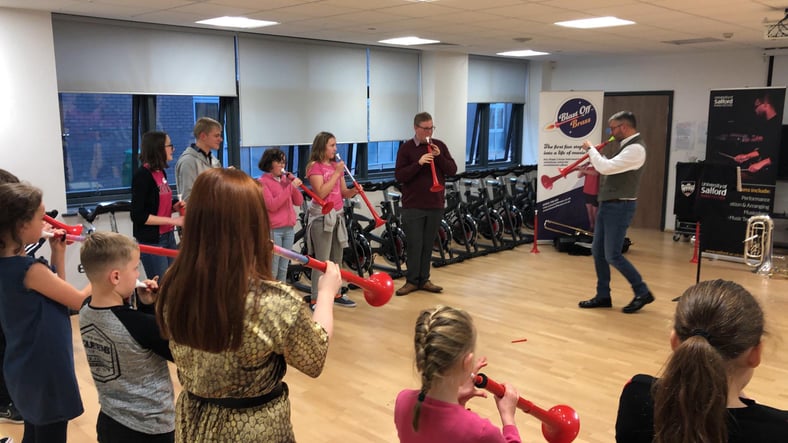 Chris Fower, WMG’s Director of Creativity and Innovation said “I’m delighted to have Richard on board, since we first met I have always felt that he really “gets” what we are trying to do here at WMG.  Richard‘s skills and experience are incredibly complementary to those we have in house and I’m really looking forward to deepening and broadening what is already a strong and fruitful relationship.”

Richard has gained experience working in the educator sector with students from Key Stage 1 to post graduate level. He is a firm believer in WMG’s educational ethos that music has the ability to transform lives and therefore should be made available to all regardless of age, ability or socio-economic factors. It is this diverse skill set and wealth of vocational experience that led WMG to seek to formalise their relationship.