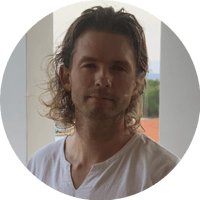 Joshua MacCluer, originally from the U.S.A., has been living in Hong Kong for the last seven years, where he spent six seasons as principal trumpet of the Hong Kong Philharmonic.

Now working as his own boss work running Lamma Studios in Hong Kong, Josh does a lot of freelance work, including jazz, commercial work, orchestra playing and tango/gypsy/Latin music with my band Café 852.

Here Josh explains how he has been involved testing the hyTech.

"I have been spending time over the last year going up to the factory in China helping Warwick Music Group test the new Hytech trumpets, and I tested hundreds of instruments as we zeroed in on the best design for an affordable, lightweight and quality plastic instrument. 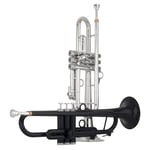 At first we tested every trumpet for sound, intonation and playability, but after a while we realised that the sound quality and intonation was remarkably consistent from instrument to instrument, much more so than metal trumpets. The majority of our testing after that point involved perfecting the valve design - as we wanted a very tight fit on the valves to minimise air leakage and maximise sound quality.

We spent time with the factory quality staff teaching them how to spot valves that needed reworking, and my great talent was discovered of being able to get valves to stick where others could not!

In the end we were very happy with the performance of the trumpets, so much so that just recently I played it with two different bands at a music festival in Poland! The hyTech is now my travel trumpet of choice due to its light weight and resistance to damage. (Just keep it away from the campfires!)

Cleaning and Care kit for pInstruments

How we test our new plastic instrument designs

pInstrument Trade It Up Scheme