It is hard to believe that the team behind the New Trombone Collective has already completed its 6th international trombone festival, Slide Factory. A group of friends and colleagues who came from the inspirational trombone Dutch pedagogy, the members have gone on to become some of the finest players of their generation. Warwick Music Group has enjoyed a long association with these European partners and most recently this has manifest itself with our support of Mark Boonstra aka Mr pBone. Mark studied with George Wiegel and Ben van Dijk, is bass trombonist with the Philharmonie Zuid Nederland orchestra and teacher at the Codarts Conservatory in Rotterdam.

With his alter ego, Mr pBone, he travels across Europe promoting the trombone to youngsters. He has created a group of five professionally trained music teachers that give a new and modern boost to the music professional at primary schools. They deliver inspiration workshops and projects enabling children to experience the trombone through pBone. Using contemporary and popular music tracks, Mark’s energy and enthusiasm for the trombone is enormous. Prior to this year’s Slide Factory, he and his team delivered a series of workshops to young Dutch children across Rotterdam – many of these then joined the festival culminating in a world premiere performance of Trevor Grahl’s 150TBNS incorporating these youngsters with the New Trombone Collective and everyone in between – truly an inspirational weekend for all involved. 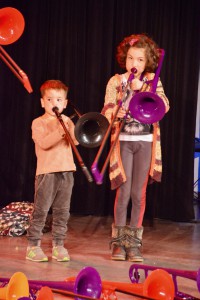 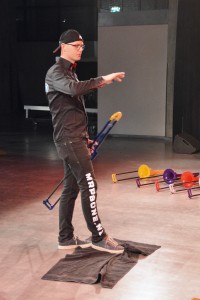 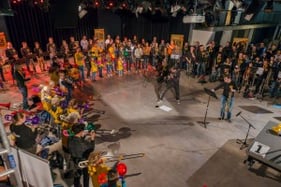 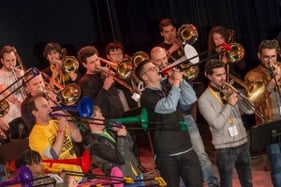 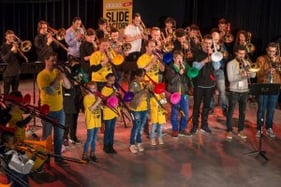 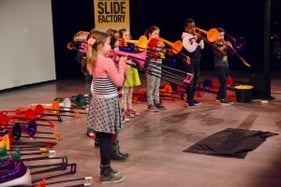 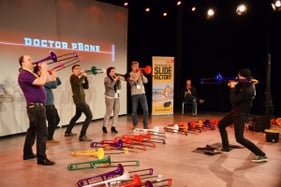 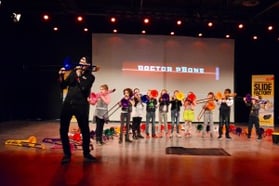 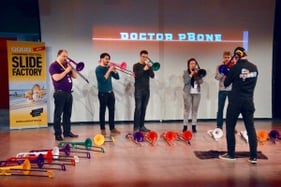 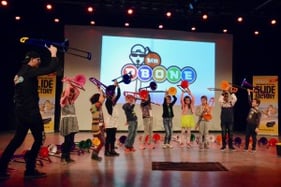 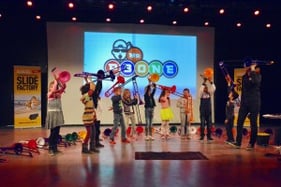 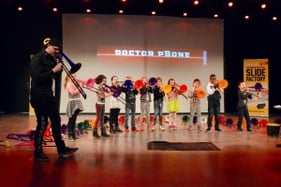 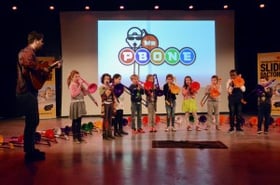