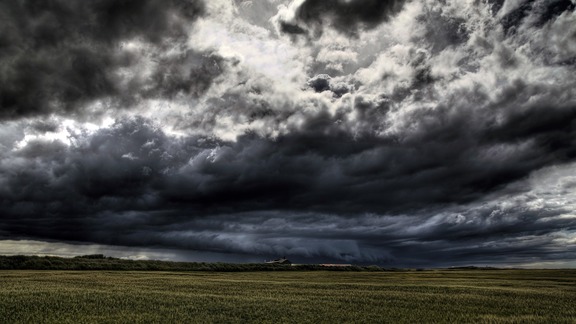 There was a sentence in my last blog, ‘COVID-19 AND MUSIC IN HIGHER EDUCATION - A BLESSING IN DISGUISE?’, which seems to have struck a chord.  When talking about how we were adapting our performance modules at the University of Salford to accommodate the ongoing global pandemic, I said that we were doing our very best to ensure we were still ‘able to offer our students meaningful, challenging and fulfilling musical opportunities’.  This is something that I personally feel incredibly passionate about, and it goes much deeper than ‘just’ trying to keep our degree programmes running; I truly believe that we have a responsibility as educators to equip our young musicians with the tools they will need to carve a successful career in music out of a post-Covid world. In some ways it feels like the ultimate case of trying to stay one page ahead of the pupil, (very reminiscent of my days of teaching the French horn as a low brass teacher in a school; two Golden Rules: never first thing in the morning, and always within visual range of a strategically-placed fingering chart), but the strides we have made over the past few months have seen us progress from very small-scale ensemble work up to 25-piece wind and brass ensembles whilst surviving an entire semester without suffering a significant outbreak of the virus amongst the staff and students.

In my last blog I wrote about how innovations in rehearsal practices have enabled us to adapt, improvise and overcome, but in this piece I would like to focus on the single-most challenging undertaking of the entire year for the university brass band; the recording of a brand new composition by Lucy Pankhurst, Storm Cone.  Written for full band, the piece is linked to an art project of the same name by Laura Daly – an Augmented Reality (AR) revival of brass music and the celebration of the history of bandstands.  This site-specific spatial sound installation traces lost bandstands in England, using geo-locative and immersive technologies. Experienced via GPS mobile devices and headphones, audience movement will trigger and alter the 3D sounds of our recording, and they will be able to navigate through a 3D model of a bandstand using the AR technology.  Sounds confusing, doesn’t it… 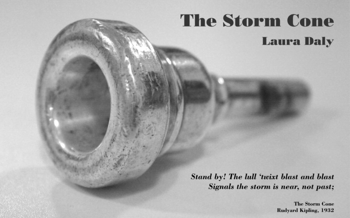 When we were initially asked to do this, the most obvious solution seemed to be to send the musicians into the recording studio one at a time and to record each part individually, after which the tracks could have been stitched together by our Creative Music Technology lecturer, Brendan.  This would also help solve some of the issues Brendan could foresee further down the line when the music was plumbed into a ‘gaming engine’ (ask a teenager) for the AR aspect of the work, but being somewhat of a traditionalist, (or Luddite, depending on your age), I was keen to do this the old fashioned way, and we set about working out how we could safely pull together an entire band for a live recording when many other musical institutions weren’t even prepared to teach face-to-face.

This was where the amazing ‘can-do’ attitude of my Salford Uni colleagues really came into its own, and following yet another flurry of risk assessments we were given the go-ahead. I found myself leaving home at 4am on Friday 27 November for the usual 250-mile commute from myhome in Suffolk to Manchester feeling more excited about a gig than I had for a long time.  The last significant musical engagement I had been involved with was our winning performance at the UniBrass competition back in February, and as I picked my way along the dark and deserted A14, that felt like a very, very long time ago.

On arrival at Peel Hall a few hours later, I was struck by the juxtaposition of the familiar and the alien; the forest of microphones stands and their leads snaking across the floor was the same as every other recording session I had ever been involved in.  Some of the musicians were  already in their seats, warming up and practising, some were chatting with each other, others oiling valves or marking up parts. 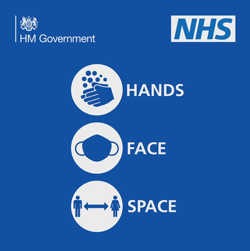 But every music stand was at least 3 metres form the next. The music had been quarantined for 72 hours between printing and handing out. The chatting musicians wore face masks and everybody had a towel on the floor by their feet to catch their ‘spit’.  Bottles of hand sanitiser, anti-bacterial spray and large rolls of blue paper were strategically placed around the hall, which itself had been adorned with a clearly-marked one-way system which would put your local Ikea to shame.  Some of my earlier enthusiasm threatened to leave me as I stood by the conductor’s stand looking out at this bizarre landscape.  I was suddenly reminded of Ray Bradbury’s A Sound of Thunder, which I had read at school, and found myself wondering if I had hit any butterflies with my car on the journey up.  Perhaps this wasn’t such a good idea after all – in fact, why on Earth were we attempting such a huge undertaking in the middle of a global pandemic?

Because, as educators, no matter what else is going on in the world, we must do everything within our power to continue to offer our students meaningful, challenging and fulfilling musical opportunities, because that is what we as educators are meant to do, and it’s no less than the musicians of tomorrow deserve.

The day was a hugely enjoyable experience for all involved, and I will report back on the recording post-production in a later blog.  You can find out more about the Storm Cone project at http://www.metalculture.com/thestormcone/

Lecturer in Music at the University of Salford

Founding Owner of Blast Off Brass