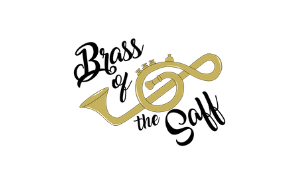 Why the band “Showing Most Potential” continues to shine

It’s always great to see children and adults playing and enjoying music together – and in Leicester, they are doing just that with the development of a band that, in less than two years, has participated in championships across the UK – as well as being part of their city’s centenary celebrations and being invited to play at the 2019 Christmas lights switch-on.

The Brass of the Saff was formed in April 2018 when 30 primary school children from Marriott Primary School in Leicester went to The National Youth Brass Band Championships of Great Britain in Warwick. Against all odds, and with just a short time for preparation, they came home with the award for Band Showing Most Potential.

“We have had fantastic support – locally and from the wider community. Having a national profile has really helped too - and enabled us to further raise our standards,” says Julie Maxwell who has helped pioneer the band and is an experienced teacher and artist.

Brass of the Saff has recently returned from a residential event at Hagg Farm in Derbyshire. In addition, all the children go for ABRSM Music Medals and Arts Awards as part and parcel of being in the band.

“It hasn’t always been an easy journey because although we have enjoyed recent success, our earlier efforts in terms of grant applications were unsuccessful – but crowdfunding proved to be a brilliant idea,” says Julie.

“We are looking forward to participating at Bolsover Festival of Brass in October- our first time there - but above all to becoming a gateway to a brass future for local people. Local families can learn to play as well as helping with organising events and our hope is that in due course, our younger players will take over as leaders. That’s why we have also got an internal award system with badges and the like.”

Says Steven Greenall, Chief Executive at Warwick Music Group: “We’re really proud to have played a small part in the development of The Brass of the Saff, and to give them encouragement too.

“It says a great deal for the local community and it is quite remarkable that what started as an after-school club is now developing towards a full-sized brass band that is gaining further momentum as time goes by.

“No longer is the band solely the domain of the school in which it was formed. Although those links remain important, The Brass of the Saff has become a community-led group that demonstrates to what can be done with inspirational leadership and sheer determination.”